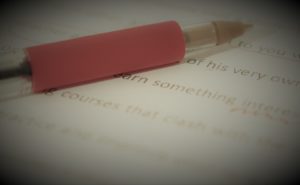 If there is any one writing tip that everyone agrees on it’s, ‘Show Don’t Tell.’ This is the cornerstone of reader engagement. There are instances where this doesn’t apply, I’ll get into that on another post. For now, let’s focus on the importance of showing.

What is showing versus telling?

Words have connotations. Every word not only has it’s literal or primary meaning, but it also invokes an idea or a feeling. Choosing the right word could make the difference in the reader knowing something happened and them feeling that it happened.

You’ve already used this with other parts of your writing. You chose a name because it invoked a certain image. You might even have chosen the hair color because it gave an image. Maybe your heroine has scarlet hair instead of red or maybe her name is Barbara instead of Barbie.

The rest of your words deserve this same amount of thought.

Especially, watch out for adverbs. This is the easiest place to run afoul of this tenet. Adverbs have their place, but not when you could use a better word to describe something. For example, she ran slowly down the street could be turned into she jogged down the street. It’s cleaner, uses less words, and gives a clearer picture of what she’s doing.

Use the five senses

Telling is what you do when you go to the office and tell everyone about the crazy thing your dog did this morning that made you late for work. You’re point in telling is to quickly get to the punch line. With writing, don’t rush it. Give readers the details that put them in the room.

Describe to the reader about the sound of the dog’s nails clicking and sliding across the brand-new hardwood floor as you chase him around the room in an effort to get it back in his kennel.

Instead of simply telling the reader that the couple had dinner, describe it. Was it a juicy steak or a burnt hamburger? Or maybe it was salad and wine. These details add dimension to the story. They do more than put us in the room. They give us glimpses into the character and plot.

Add details when you edit

Sometimes details flow out of me as I write. Other times, I’m lucky to get any words on the page let alone anything more than a simple sentence.

My advice is to give yourself permission to write crap. It’s okay to write simple sentences without details in order to get the story down. It’s better to finish than to struggle with every word on the front end. There’s a feeling of accomplishment having gotten to the last word. That feeling will help you as you reread and edit.

I’m currently editing my short story “The Caravan.” I came across the following paragraph as I was rereading.

At dusk they entered town. Or rather, what was left of a town. Although everything was covered in snow, the telltale signs of fire had ravished the area. Only a handful of brick buildings on main street and a few nearby houses existed. Three patched to the point of being habitable. The rest were gutted, windowless, roofless, rubble.

Notice how I used the words in bold. This is showing not telling. What does telltale signs mean? I know what I saw, but my reader may envision something totally different. I do describe it later in the paragraph, but it should have been a more vivid description instead of telltale signs. In this passage, I wanted to give the reader a gut punch, but these words aren’t strong enough.

Anytime there is a possibility that your reader could see something different because you used a vague description, then you are probably telling instead of showing. As I edit, I’m specifically looking for spots like this and rewriting them.

It’s okay not to get it right the first time. That’s why it’s called a rough draft. It’s rough to write, and it’s rough to read.

If you haven’t already, go through your work and look for these spots. Choosing the right words and right descriptions can make a huge difference in your writing.